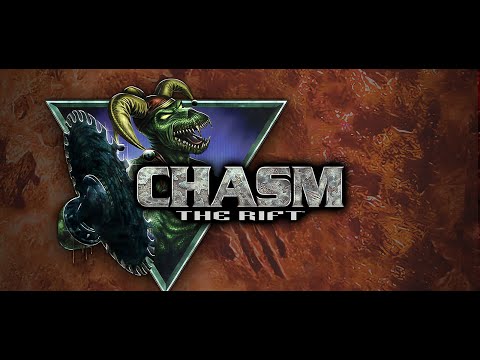 Why buy on GOG.COM?
DRM FREE. No activation or online connection required to play.
Safety and satisfaction. Stellar support 24/7 and full refunds up to 30 days.
Chasm: The Rift Demo
Description
The full version of Chasm: The Rift is available on GOG.com. You can purchase it here ABOUTHaving its roots in 1997 and developed in Ukraine, Chasm: The Rift is one of the most thrilling and innovative FPS from this era and the first Eastern European boomer shooter ever made.THE STORY Feeling y...
User reviews
3.5/5
{{ review.content.title }}
Product details
2022, Action Forms, General Arcade, ...
System requirements
Windows 7 / 8.1 / 10 / 11, Dual Core 2Ghz Processor, 4 GB RAM, DirectX 11 compatible for 1920x1080...
Description

The full version of Chasm: The Rift is available on GOG.com. You can purchase it here

Having its roots in 1997 and developed in Ukraine, Chasm: The Rift is one of the most thrilling and innovative FPS from this era and the first Eastern European boomer shooter ever made.

The original Chasm: The Rift version powered by DOSBox is included as a bonus.