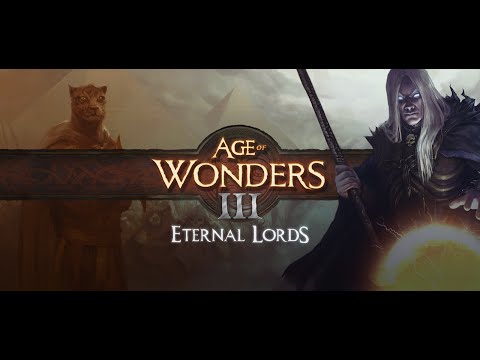 Why buy on GOG.COM?
DRM FREE. No activation or online connection required to play.
Safety and satisfaction. Stellar support 24/7 and full refunds up to 30 days.
Age of Wonders 3 - Eternal Lords
To play this game you also need
Age of Wonders 3
In library In cart Soon Wishlisted
In library In cart Soon Wishlisted
Movie
0 Free
Play for free Coming soon
Description
Eternal Lords is the major, second expansion for the acclaimed strategy game Age of Wonders III, marking one year of continuous development since its release. With the introduction of the Tigran and Frostling races and the new Necromancer class, players must adapt to a world on the brink of catacl...
User reviews
4.5/5
{{ review.content.title }}
Product details
2015, Triumph Studios, ...
System requirements
Windows XP / Vista / 7 / 8 / 10, Intel Core 2 Duo E6600, 2 GB RAM, nVidia 8800 / ATi Radeon HD 3870...
Description

Eternal Lords is the major, second expansion for the acclaimed strategy game Age of Wonders III, marking one year of continuous development since its release. With the introduction of the Tigran and Frostling races and the new Necromancer class, players must adapt to a world on the brink of cataclysmic change. New features such as the Race Governance system, which allows players to tailor features of each race in their empire to meet their strategic needs, add new layers of depth to empire development and diplomacy. Embrace the forbidden powers and reign for eternity!