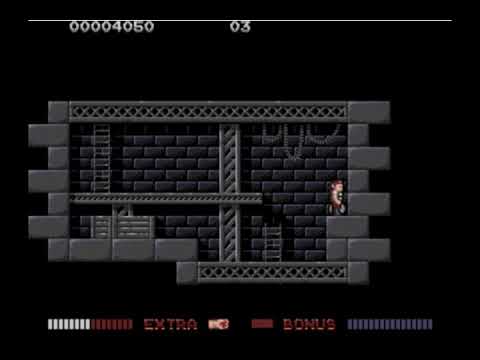 After 10.000 years of peace, the Fireblade, source of power for the
ancient Bladeknights, has shattered.

The night burned red, and the people of the Undercity fell beneath the
onslaught of Havok's nightmare creations.

Helpness, the Bladeknights died alongside their people.
Only one of their order survived.

You play Hiro, the last of the Bladeknights, a hi-tech warrior armed
with steaith, cunning and a powerful reprogrammable cyber-arm.

You must enter the Undercity and reassemble the sixteen fragments of
the shattered Fireblade.

Only then will you be able to take on Havok and average the death of
your people.

THE OBJECTIVE OF THE GAME:

You must guide Hiro, the Bladeknight through the labyrinth of the Undercity, to recover the 16 fragments of the shattered Fireblade. Once you have collected all 16 fragments, you must use it to defeat Havok, to bring to an end his reign of terror and to avenge your people.

This is a side scroller beat'em up platformer with a bit of metroidvania genre on it!

This is the Megadrive version of the game.