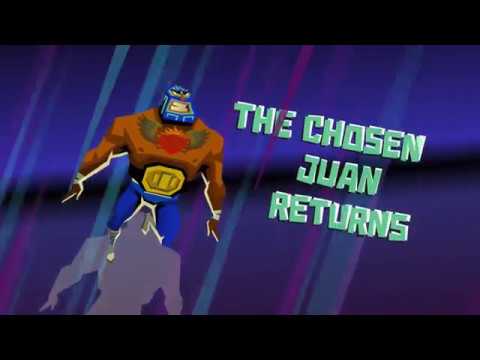 Brawling has never been more beautiful! The long-awaited sequel to the smash hit action-platformer is here: Guacamelee! 2 brings luchador Juan Aguacate out of retirement for a stunning new Metroidvania-style adventure.

Explore a huge, hand-crafted world inspired by Mexican culture and folklore, filled with sassy new villains and weirdos (and a few old friends!). Learn a deep repertoire of bone-crunching moves to fend off the skeletal hordes and overcome a multitude of platforming challenges.
...and who said anything about a Chicken Illuminati? Certainly not us!

I Remember That Being Harder
Defeat Calaca
common  ·  83.55%

He Looks Portable
Find Juan and Lupita in the Darkest Timeline
common  ·  38.97%