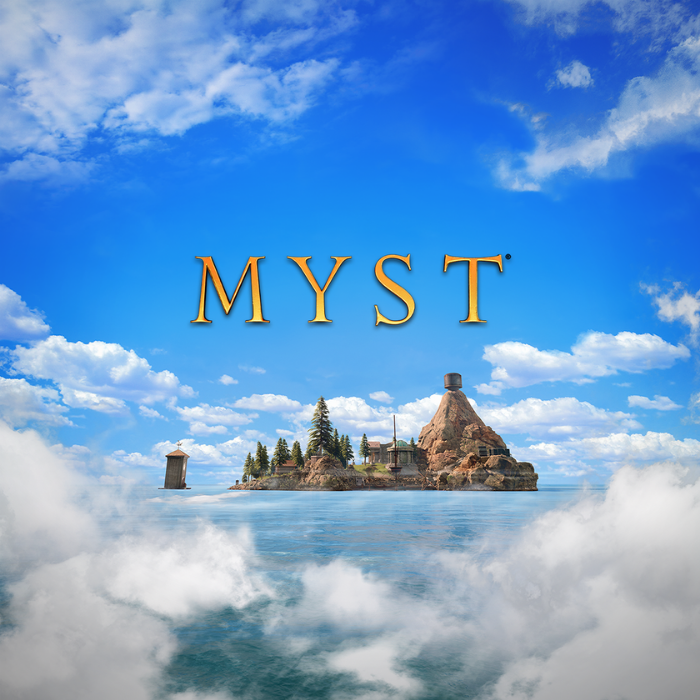 Puzzle games aren’t for everyone. Some like their games action-first, trading brains for brawn. But for those among us that like to work through problems, the Myst series is one of the most iconic names in the game industry.

With five games in the main series, you may be asking yourself, “what type of game is Myst?” Should you start at the beginning, or can you hop into the series at any point? Well, today, we wanted to take a trip down memory lane and look at the series that helped define what a puzzle game could be.

If you love games that make you work your brain but are hesitant about playing Myst, we’re going to tell you everything you need to know. You’ll also discover this is a perfect title for both veterans and newcomers to the genre.

The early days of Myst

Myst was released in 1993 by two brothers, Rand and Robyn Miller. They were the co-founders of Cyan Worlds, a PC game studio that previously had focused on creating whimsical worlds for children’s games. But Myst was the game to really put them on the map.

Not to get too far ahead of ourselves, but Myst remained the all-time best-selling PC game until the release of The Sims nearly a decade later. The series attracted gamers for multiple reasons. The main one obviously being the game’s puzzles that blended beautiful (but static) screens with interactive puzzles.

But something else that helped propel the game to its iconic status was its release on the Mac. At the time, games on the Mac were few and far between. Having Myst available there opened up the game to an entirely new market.

This helped the game reach a bunch of non-gamers who didn’t have the same expectations that PC and console gamers had. It featured real-time gameplay that allowed you to explore the game world in a more fluid manner.

Even with that caveat, Myst was a beautiful game that encouraged players to discover the story using good, old-fashioned hard work. The early copies of the game even included an… actual journal! Cyan Worlds expected gamers to use to jot down puzzles and other things that caught their attention.

So, that’s the history of Myst, but what about the story and actual gameplay? That’s definitely something you’ll want to know about if you are interested in picking these games up for the first time.

The game, inspired by Jules Verne’s classic The Mysterious Island, involves you, the player, getting transported to another world through a book called, you guessed, Myst. This island world contains plenty of places to explore, and in some of these places, you’ll even find something called linking books. These books transport you to even more worlds, called Ages.

Players will slowly uncover the secrets of the game’s story, with some twists and turns along the way. The latter include an ending that leaves some choices in the player’s hand. This story expands across all of the games in the series, including Riven (Myst II), Myst III, Myst IV: Revelation, and Myst V: End of Ages. The world is also expanded in Uru: Ages Beyond Myst, which takes place after events in Revelation.

Uru: Ages Beyond Myst is interesting because Cyan Worlds had planned for the game to be focused on multiplayer. Sadly, that never really came to fruition, but it did live on in one form or another for years after.

Gameplay is the bread and butter of every game, however. For puzzle fans that don’t want to be pressured with time limits or limited lives, the Myst series provides a comfortable place to work your brain muscles. Take as long as you want on a puzzle. Grab a snack, walk the dog, and when you’re ready, come back and continue your adventure.

But don’t let that laid-back approach to puzzles fool you! The series is infamous for its tough, mind-bending puzzles. You’ll need to focus if you want to make your way through the island and different Ages.

Flip switches, turn knobs, read passages, and more as you work your way through the game. Don’t assume a random flashing light is off-limits. It may very well be the key to figuring out the puzzle in front of you.

The series is known for its challenging puzzles. So if you’ve been struggling to find a game that really offers that, Myst has been waiting for you since 1993.

With a game that has seen such success and has been available for so long, it can feel overwhelming getting started with it for the first time.

If you’re new to the Myst series, the best way to enjoy it is from the beginning. While you can enjoy the game without paying full attention to the story, seeing the roots of the iconic series from the start is definitely worth it.

You have the choice of playing the original, or if you prefer your graphics a bit more polished, there is also a Masterpiece Edition. If VR is more your style, then you’re in luck. You can now explore the island in a version built from the ground up for many VR headsets.

Once you’ve devoured the original, make sure to check out the other games in the series. They include Riven: The Sequel to Myst, Myst III: Exile, Myst IV: Revelation, and Myst V: End of Ages. And don’t forget about Uru: Complete Chronicle!

If that’s still not enough Myst for you, there have even been novelizations of the story. You can find them compiled lately into a single book called The Myst Reader.

The Myst game series is one of the most well-known puzzle series ever to exist. If you’re a fan of the genre or simply want to take part in a piece of gaming history, it’s definitely worth your time. Good luck, and try not to pull your hair out on any of the puzzles!

If you’re into adventure games, check also our article about the titles from Sierra On-Line and Benoît Sokal.