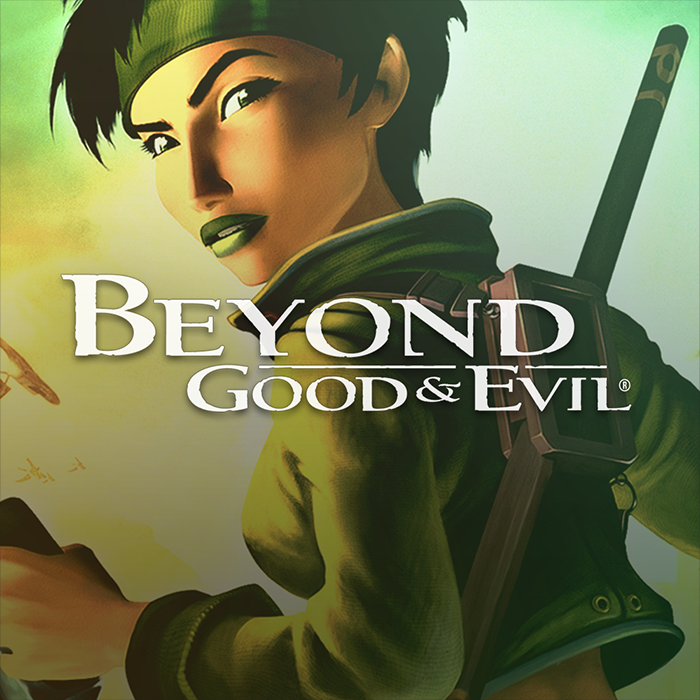 Some names are just synonymous with video games. Hideo Kojima, Sid Meier, Lori Cole, and Gabe Newell are just some of the names people’s minds go to. Today, we wanted to talk about another designer that has had a huge impact on the gaming world – Michel Ancel.

Ancel, a game designer, and director, has been in the game industry for his entire adult life (and arguably before that!). He was involved in making many games but is most known for two titles – Rayman and Beyond Good & Evil.

We wanted to spend this article talking about Ancel’s work and what got him into video games. We would also like to highlight two iconic series that people still speak fondly about today. Let’s dive in!

Ancel has been interested in video games since his early years. Even when he was just 13, he already knew what he wanted to do with his future – make games.

Ancel took programming classes in high school, and then, at just 17 he left school and secured a job with Ubisoft. In the late 80s, he worked on a handful of smaller games.

In 1990 he became a programmer and graphic artist on Brain Blaster. A few short years later, Ancel started work as director on his first iconic series, Rayman, released in 1995. In the years following, Rayman 2: The Great Escape and Rayman 3: Hoodlum Havoc also premiered.

Flash forward to 2003 and it is the release of Ancel’s next big blockbuster, Beyond Good & Evil. This is an interesting title. It was praised by many reviewers, yet simply didn’t sell as well as it should.

It was so good, in fact, that Peter Jackson (the director of the stellar Lord of the Rings movies) even was a fan. That admiration for Beyond Good & Evil also led Ancel to a director and designer role in the 2005 King Kong game, as well.

After the success of Beyond Good & Evil, Ancel continued working on Rayman titles, including Rayman Raving Rabbids for the Wii, and Rayman Origins. Some time ago, Ancel surprisingly wrapped up his career while working on both Beyond Good & Evil 2 (which is still in limbo even today!) and a game called Wild, from his own studio, Wild Sheep. He decided to hang up his keyboards and controllers for good, opting to spend his time on a wildlife sanctuary.

Now that we’ve talked about the person behind some truly great games, let’s spend a little time looking back at both Beyond Good & Evil and the Rayman series.

When you think of the Rayman series, your mind instantly goes to crisp, colorful platforming goodness. The series got its start in 1995 and since then, we witnessed many titles starring the character.

Ancel played a large role in many of the games in the series, including the later titles like Raving Rabbids and Rayman Origins. While Ancel didn’t play a large role in the third game, Hoodlum Havoc, he was back full force on these two.

Rayman Origins was an appropriate title for the game thanks to Ancel’s return and quickly became a huge hit. It perfectly blended a unique graphics style with interesting levels and puzzles. The game even threw some great humor into the script to balance it out.

The series as a whole has stood the test of time. So, make sure to check them out if you are a platforming fan that hasn’t yet played them.

Beyond Good & Evil – an epic experience for almost anyone

Beyond Good & Evil is the other popular title spearheaded by Michel Ancel. This classic action game was released in 2003 and had players playing as Jade, a woman who doubles as a reporter and martial artist. Your mission? Use your investigative experience to crack a world-shaking conspiracy that might just be true.

Joining you on your journey is Pey’j, Jade’s uncle and guardian. He also happens to be a boar-like creature who walks around on his hind legs. You’ll also get help from Double H, a military-armor-clad human.

You have to use both your martial art skills and talent as a photographer during your time in the game.

Players will have to explore many different levels to advance the story and Beyond Good & Evil’s gameplay is fun and varied. One moment you’ll be solving puzzles and the next, piloting your boat around, blasting enemies out of the water. Photography is also a major focus of the game. That’s why if you love exploring and taking pictures of the things you find, you’ll love this one.

Beyond Good & Evil truly has a little something for anyone that loves exploration games. Whether that is being a part of a good story and solving puzzles, or just combat and finding collectibles.

It’s regrettable that the game never seemed to reach a larger audience when it came out. It was even considered for a Game of the Year award when it was released and still finds its way to Best Games of All Time lists.

Where to play Beyond Good & Evil and Rayman in 2022

Michel Ancel has definitely left his mark in the world of gaming. Both the Rayman series and Beyond Good & Evil have held up incredibly well.

While both games feature fun platforming, each offers a unique experience that should appeal to a wide range of gamers.

Do you find bigger stories and 3D gameplay more to your liking? Beyond Good & Evil is a must-have for fans looking to experience a piece of gaming history. If you missed out on it when it was released or simply want to relive the experience, it plays extremely well as a PC game.

And fingers crossed that we one day see Beyond Good & Evil 2 release!

Want to read more about inspiring game developers? Check our articles about Shinji Mikami and the Syberia series.