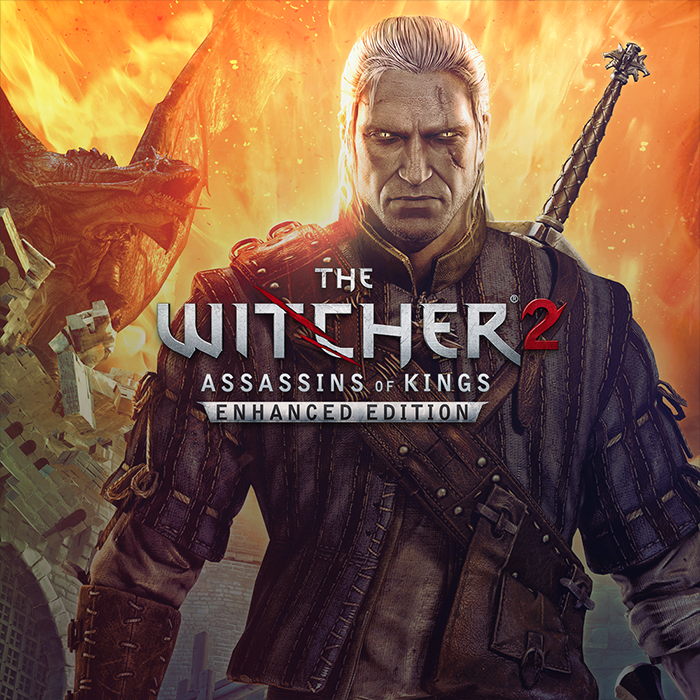 A full decade has passed since the premiere of the second game of The Witcher series. Despite its long presence in our game libraries, The Witcher 2: Assassins of Kings can still surprise you in many ways. Here is a list of 10 things you might not have heard about this outstanding title.

Intro from the Academy Award nominee

The first film in the game was directed by Tomasz Bagiński, the Academy Award nominee for the animated short film titled The Cathedral in 2002. Lately, Bagiński is also known for being an executive producer of The Witcher Netflix series.

Experience from the past

You can import your saved game from The Witcher while starting to play the game’s sequel. This will not only bring to The Witcher 2: Assassins of Kings some of the items you gathered in the previous game. It will also affect the reactions of a few NPCs to your character as the story progresses.

A debut of the new engine

It was the first game ever to use REDengine. Moreover, this software was specially tailored for the game. The engine’s developers were aided in their work by members of other studio departments, like designers. This fact greatly aided the beauty and complexity of the world shown in The Witcher 2: Assassins of Kings.

While developing characters present in the game, special attention was given to their heads – over 100 models were created. Designers who worked on this task for The Witcher 2: Assassins of Kings were aided by a professional sculptor.

In the town of Lobinden you might meet a character by the name of Anezka with a face that might seem familiar. That’s because Didi Cardoso, the editor-in-chief of Gamer’s Intuition, has lent her appearance to this character. Cardoso was also a long-time contributor to The Witcher community forum.

The Witcher 2: Assassins of Kings has a few easter eggs that will be appreciated by pop culture buffs. For example, while exploring the dungeon at the beginning of the game you might overhear an escape plan. Surprisingly it seems quite similar to the one from the Prison Break series. Also, during the siege of La Valette Castle, pay special attention to the iron gate’s surroundings. You might spot a reference to the first Assassin’s Creed game. Finally, J.R.R. Tolkien’s The Lord of the Rings trilogy is quoted or paraphrased at least a few times in the game, so stay vigilant!

The whole 43-track version of the OST from The Witcher 2: Assassins of Kings is available for free. Just visit the CD PROJEKT RED website. The grim, yet energetic score by Adam Skorupa and Krzysztof Wierzynkiewicz was essential in creating the game’s unique atmosphere.

In The Witcher 2: Assassins of Kings the player can progress up to 35. level of experience. Yet even while training and hunting for monsters you have to remember that Geralt of Rivia can also earn so-called passive abilities. They are connected strictly to particular moments of the game’s story.

Experienced actor in the main role

Geralt of Rivia is voiced by Doug Cockle. The actor that lent his voice to the famous Witcher in all three parts of the game trilogy. We can also hear his voice in quite a few other video games such as The Book of Unwritten Tales or Terminator: Resistance. Cockle also played roles in some notable Hollywood blockbusters, like Reign of Fire and Captain America: The First Avenger.

More than one ending

What sets apart The Witcher 2: Assassins of Kings’ from other classic and modern RPGs is the presence of 16 ending variations, each one depending heavily on decisions you’ve made along the way. Just like in all The Witcher games, there are no “good” or “bad” choices, while many of them can be considered morally ambiguous.

Of course, this is only a small part of The Witcher 2: Assassins of Kings’ rich trivia that has accumulated over 10 years since its release. If you play it carefully, you might uncover more!