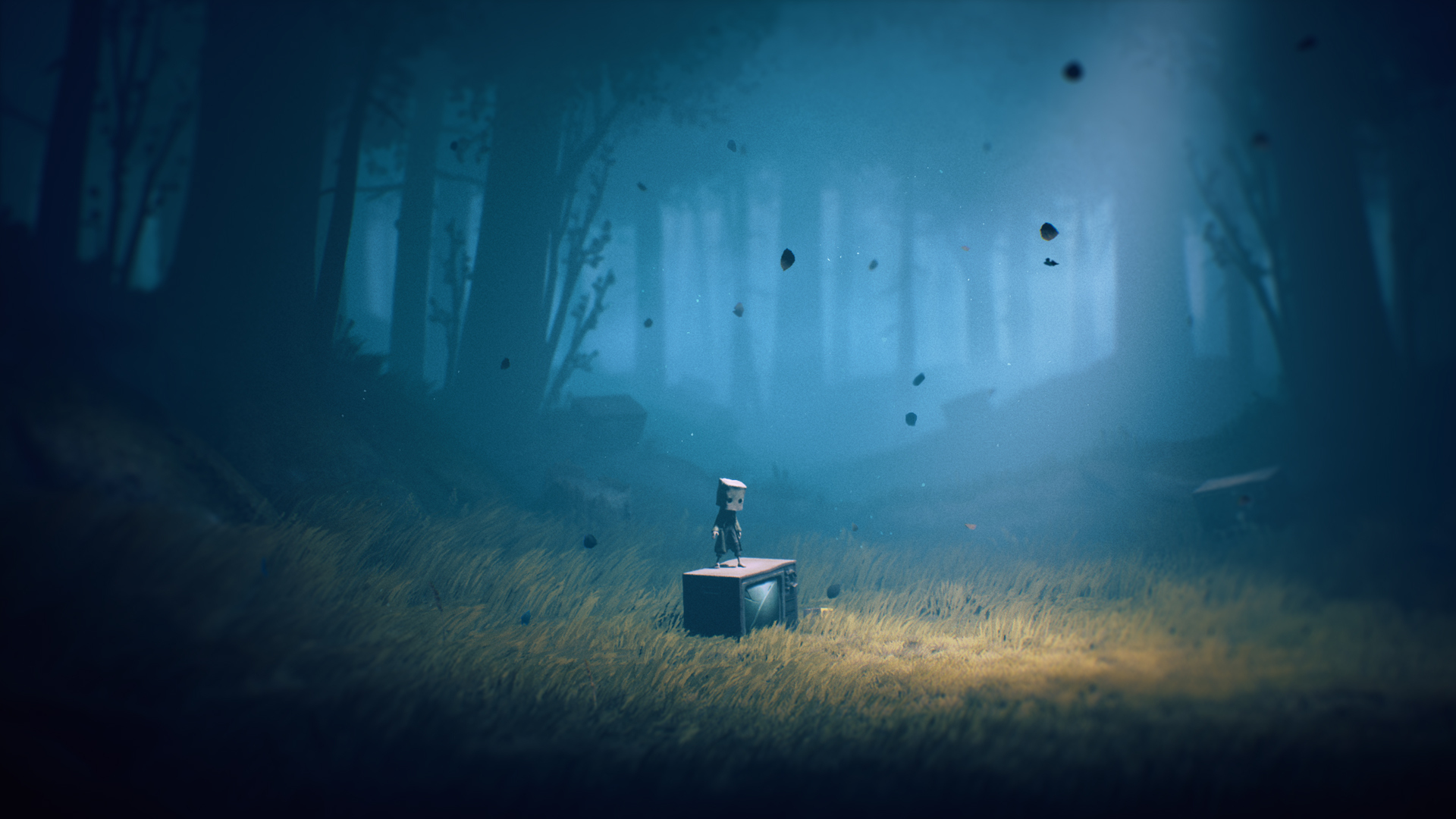 Today, on October 27th, we’ve launched our special Halloween Sale. While looking through titles that can be classified as games perfectly fit for Halloween, we’ve noticed that many of them, besides being full of terrifying monsters, gloomy atmosphere or creepy gameplay mechanics, have another thing in common – interesting art styles. Let’s check out some of the coolest examples and find out if it’s just a fa-booo!-lous coincidence.

Cult of the Lamb

This action adventure roguelike with managerial elements took the game industry by storm after its release in August. And while sure, there’s a lot of praise for its unique gameplay approach and original story, what we believe may contributed the most to the game’s success was its art style. To put it simply: Cult of the Lamb is the cutest game about sacrificing your friends to an eldritch god and it is perfectly represented by its graphics. Just as the gameplay is a juxtaposition of roguelike and community building, so are the title’s sunny aesthetics with dark undertones. While the art style in Cult of the Lamb is unapologetically cartoon, it still has curses, pentagrams, rituals and supernatural elements. Such visual direction feels more natural and grounded within the cartoon style. The game still has moments of violence and horror, but they are even more impactful when contrasting with its sweetness.

Incredibly fun hack & slash and deck-building hybrid where players decide the length of quests and wield magic cards instead of weapons while slaying the armies of darkness in the dungeons below the Old Cathedral. Well, that sounds like a great game already, but what makes it even more appealing is setting the title in a Paperverse – a world that exists entirely inside a pop-up book. Now that was not only an eye-pleasing choice but a smart one as well. Paper is a very flexible material so there are literally hundreds of ways to structure it, fold it, texture it, light it, animate it. Developers could really do whatever they wanted with it and take it into any direction they wanted. Paper dragons? Sure. Paper castles? Of course. Paper Archdemon? You got it. It’s simple, it’s satisfying and it’s a perfect match for the dark and gloomy atmosphere inspired by the first Diablo game.

One of the most anticipated games of 2022 – Scorn is an atmospheric first-person horror adventure game set in a nightmarish universe of odd forms and somber tapestry. This title is designed around the idea of being isolated and lost inside a dream-like world filled with different interconnected regions in a non-linear fashion, within an unsettling environment that is a character itself. And the biggest contributor to that lies in its art style. It is heavily inspired by the grimly surrealist works of Swiss artist H.R. Giger and Polish dystopian painter Zdzisław Beksiński. Nightmarish, disturbing and puzzle-like imaginary is delightfully horrible and sleep murdering but there’s aboslutely no doubt that it is filled with dark beauty and it fulfills its task perfectly.

More specifically Project Warlock and B.I.O.T.A. The first one is a first person shooter that fans of DOOM, Hexen and Wolfenstein simply cannot miss. You battle through 60 levels of non stop action packed with bloodthirsty enemies and challenging bosses but it’s the game’s 16 bit art style and sprite-based graphics that are the most distinctive and really gives Project Warlock its own personality. Combine it with an amazing level of detail and fluidity in the animations and you got yourself a shooter that even legendary John Romero thinks looks cool.

B.I.O.T.A on the other hand took inspiration from many cult classic sci-fi and horror movies from the 1980s. It’s a 2D action combat platformer in which you command a team of mercenaries and investigate a mining colony infected by an alien plague. Similar to Project Warlock, the game’s world is made in gorgeous pixel art. This time however, what separates it stylistically are 54 unique 4-color palettes that can be unlocked through playing the game and completely change the game’s 8-bit visuals. They are vibrant, neon-like and honestly we could just look at them endlessly. Oh, and it is worth mentioning that right now B.I.O.T.A. released special in-game Halloween event C.R.E.A.T.U.R.E.S.! It’s free, it adds new enemies and a new playable character. But more appropriately to our topic, it gives us even more reason to admire the game’s beauty.

Lastly, we’ll focus on Little Nightmares II – a suspense horror adventure game in which we play as Mono, a young boy trapped in a world that has been distorted by an evil transmission. Together with new friend Six, our protagonist sets out to discover the source of the Transmission. To play a game as atmospheric, as hauntingly beautiful and as immersive as Little Nightmares II is truly a (Halloween!) treat. And there are two biggest contributors to that: amazing, thrilling soundtrack and absolutely stunning art. The game is built on a creepy dollhouse look filled with gloominess and toned but beautiful colors. When you combine that with a side view that allows exceptional, dynamic play of lights and shadows and incredible color grading with volumetric fog, you get yourself a visual masterpiece. Atmospheric rich simplicity is how to describe Little Nightmares II best.

But does the Halloweenish vibe have anything to do with that?

In fact, we believe it does. There’s of course no arguing that beautiful, interesting, cool or simply unique art styles can be found in games that represent all kinds of themes. But having said that, there’s something absolutely phenomenal about the counterintuitive attraction to horror media and that applies to video games as well. While finding a clear answer to why that is could potentially be a topic for a whole individual discussion, it could be that general scariness and strong emotions associated with it are a great catalyst of human creativity which ultimately leads to designing hauntingly beautiful games. Or to put it much simpler: how can you not love Halloween?

Find your own examples!

Aforementioned titles are just a cherry-picked handful amongst many unique and delightful-looking video game gems that can be associated with Halloween. We highly recommend checking out our Special Sale and finding your own favourites. Stay healthy, stay spooky and have fun!

4 reasons why you should play Alien: Isolation

The Evil Within – join Shinji Mikami on his horror journey