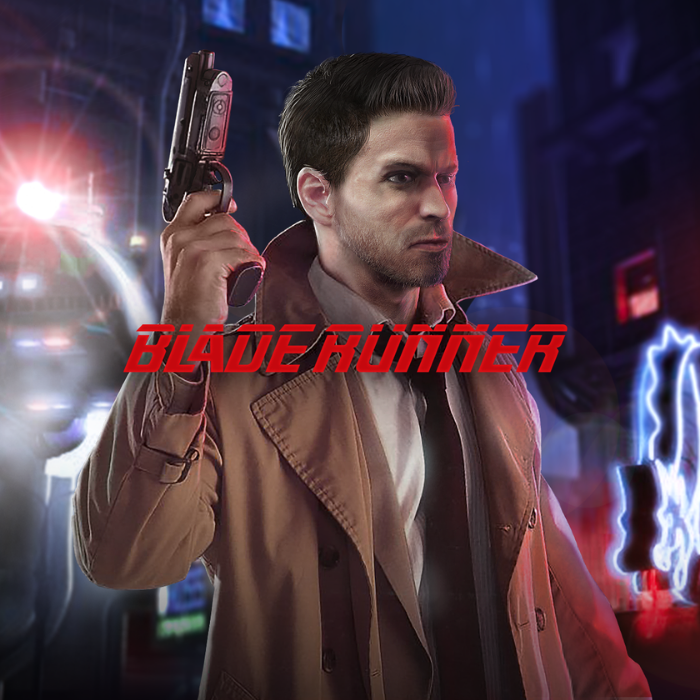 It remains one of the best adventure games of all time, yet due to the lack of a digital version, Blade Runner from Westwood Studios slowly faded into oblivion for years. Thanks to the hard work of the game’s devoted fans and GOG.COM, the game has made a big comeback on modern PCs.

The original Blade Runner movie from 1982 is without a doubt an all-time sci-fi classic. It took director Ridley Scott over two years and a lot of trouble to make the film based on Philip K. Dick’s novel “Do Androids Dream of Electric Sheep?”. The final result was breathtaking. Syd Mead’s futuristic design, a score composed by Vangelis, and performances from actors Harrison Ford and Rutger Hauer all combined to make the film a timeless masterpiece.

Police detective Rick Deckard’s hunt for android replicants posing as human beings was viewed by some as a sci-fi version of a noir crime story. But at the same time, the film’s plot reflected contemporary concerns about the quick development of computers and artificial intelligence. For the rising number of video gamers, these were the concerns that made Blade Runner a symbol of the new digital era.

The first Blade Runner game adaptation was released on the ZX Spectrum in 1985. It didn’t get much attention, but as they say – the first pancake is always spoiled. The release of the film’s director’s cut in 1992 renewed people’s interest in making a new, proper video game adaptation. By that time, the initiative even had legal representation, called the Blade Runner Partnership. One question remained, however – who would accept the challenge of adapting such a cult movie?

The Blade Runner Partnership approached a few companies on this project. Big contestants like Sierra On-Line and Electronic Arts declined the offer. Finally, after much searching, it was Virgin Interactive that decided to undertake the task. One of the reasons behind the decision was a successful business relationship with Westwood Studios. If anyone could make a magnificent Blade Runner video game happen, it had to be the studio behind the Lands of Lore and The Legend of Kyrandia series.

The making of an unforgettable sci-fi game

Of course, the game would have to address Ridley Scott’s film in some way. That’s why the Blade Runner video game story, written by David Yorkin and David Leary, runs parallel to the movie’s plot. Blade Runner’s hero, an LA detective named Ray McCoy, conducts his investigation on missing replicants at the same time as Rick Deckard. Their paths even cross from time to time, albeit never directly. The idea was to create a real-time adventure game, in which the story progresses according to the gamer’s choices. Their sum would eventually result in many different endings.

To increase the near-cinematic experience, some of the actors from the original 1982 film like Sean Young and James Hong were hired as voice actors. Although Ridley Scott and Harrison Ford didn’t take part in the game project, Blade Runner heavily borrowed from the movie’s aesthetic design and music. For example, original concept art created by Syd Mead was used in the game’s design. Also, Westwood’s main composer Frank Klepacki (author of the famous Hell March from C&C Red Alert) based his score on earlier work from Vangelis.

Creating Los Angeles of the future

All legal and writing issues were nothing in comparison to the technical challenges that Blade Runner developers faced. The game’s main director, Louis Castle, admitted in one of the later interviews that due to the lack of a suitable engine, the whole game had to be made from scratch. And creating a futuristic, noir atmosphere of Los Angeles AD 2019 was not something that could be achieved by half-measures.

To meet fans’ high expectations, Westwood programmers introduced a few innovative solutions. For example, instead of using polygons to create characters, they decided to use so-called voxel technology. This enabled them to give characters a more realistic, detailed look. Moreover, designers used additional hidden graphic layers on every location. This way every character’s appearance could be affected by light, shadows, and smoke.

The game’s ambitious scale came with a price. Formerly mentioned Louis Castle assumed that the studio would have to sell at least 300,000 copies to break even. This sum remains formidable even today. Luckily, when it was time for the game’s premiere, Castle’s predictions came true and then blew past those numbers. Since the time of its release in November 1997 Blade Runner has sold over 800,000 copies worldwide. It was also met with universal critical acclaim, winning the Interactive Achievement Award for Computer Adventure Game of the Year.

There was the talk of a potential sequel, but the idea was abandoned. Virgin Interactive estimated that it would need a huge sum of 35 million dollars to be produced. Furthermore, the demise of Westwood Studios’ in 2003 dashed any hopes for a digital version of the game. It remained available only in the original four-CD version which was not compatible with modern computers. To make matters even more complicated, the original game code was lost during one of Westwood Studios’ relocations.

The game’s legacy and revival

Like they say – where there’s a will, there’s a way. Restoring the Blade Runner video game to its former glory required one useful tool and passion for retro games. The first one came in a form of the ScummVM program, previously used to emulate classic LucasArts adventure games. The passion came from the programmers who spent around 8 years dissecting the code from Blade Runner’s original CDs. After that, they began painstakingly putting it together back again to form the digital version.

Thanks to their hard work and the joint effort of Alcon Interactive Group and GOG.COM, Blade Runner’s modernized, digital version is available to buy in a neat digital version. The time for rediscovering the game seems perfect. Over 25 years have passed since the game’s release, and the date of November 2019 from its main titles has already stopped being the future and became history. Furthermore, since Blade Runner 2049 hit the cinemas some time ago, a new generation of franchise fans is being born in front of our eyes.

Now, they will also be able to play this outstanding game.

Are you into fascinating adventure games? Check also our article about The Myst series and Cyberpunk games.