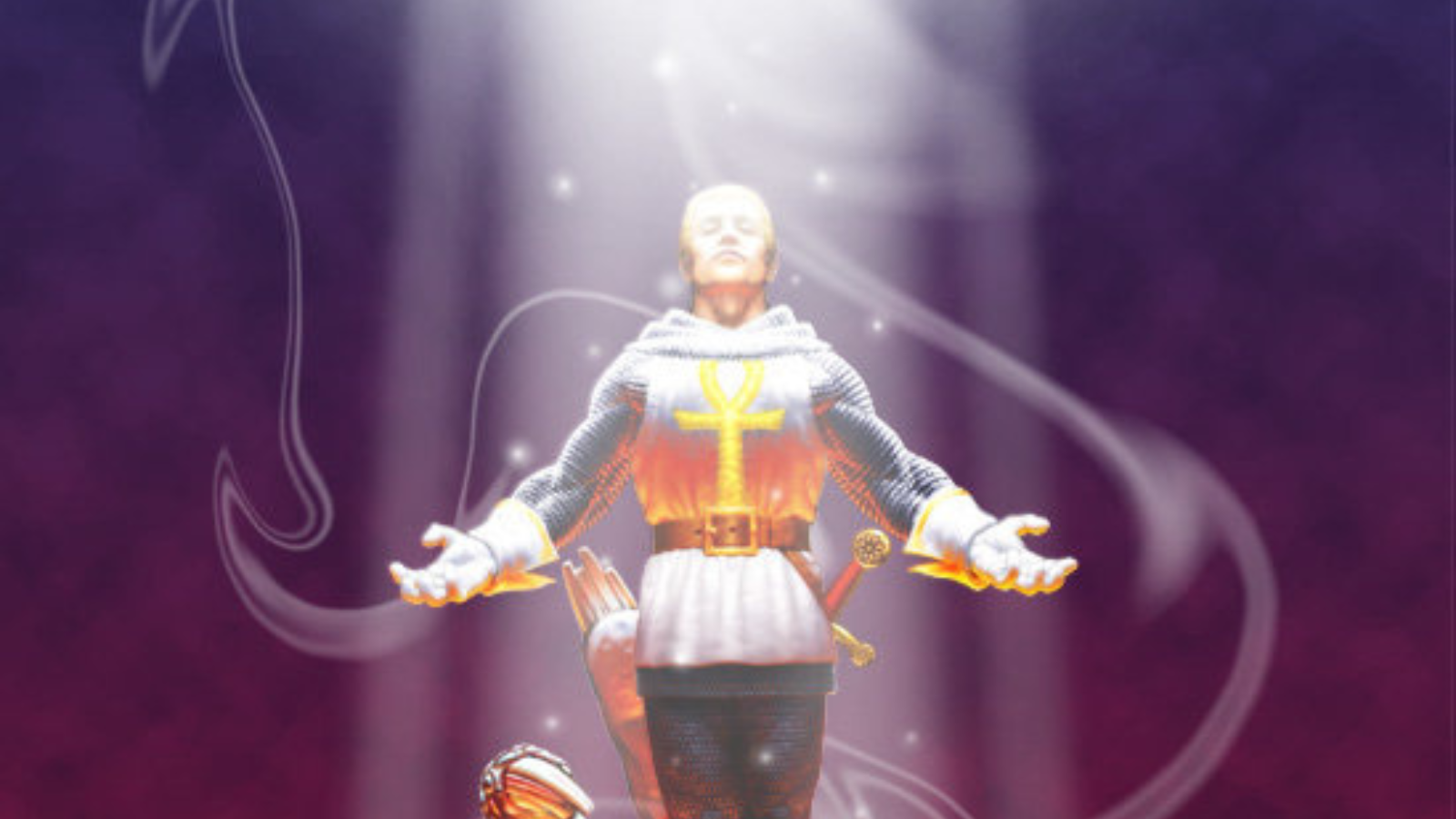 In certain gaming circles, Ultima is one of the most iconic game series out there. First released way back in 1989, the series spans nine total games, and there are even spin-offs to explore if you’ve exhausted the main campaign.

With so many games available, it can be an overwhelming experience for newcomers to series. Even those that have played the series before might struggle to jump back in.

We’re going to give a brief overview of each game in the series and talk a bit about the spin-offs, as well. But, before we dive into that, we’re going to take a trip down memory lane to talk about the series as a whole and its creator, Richard Garriott.

Looking back at the creation of Ultima

Ultima is well-known in the gaming community, and for good reason. The original helped define the computer role-playing genre when it was released in 1989. Later games also added features that you can still find in RPGs today.

The third game in the series, Ultima III: Exodus, was another iconic entry. This game introduced party gameplay where players controlled multiple characters. If you’ve played almost any modern RPG, you know the impact this has had on the genre as a whole.

The brainchild of Richard Garriott, the series spans the world of Britannia and takes players on what feels like an endless adventure.

Set in a fantasy world, Ultima follows the adventures of the Avatar (that’s you!). The games follow more traditional adventure tropes, with evil wizards, revenge, and classic good versus evil plot lines.

As mentioned, the series was created by Richard Garriott, who got his start making video games in 1979. Back then, he was programming them on teletype terminals, where code was stored on literal paper tape spools. At the time, he was working at ComputerLand, and game creation was just a hobby.

Then, something magical happened. One game he was working on, called Akalabeth, ended up being a huge success. It was picked up by California Pacific Computer Company. It sold over 30,000 copies.

Speaking of astronauts, Richard also made his way to space in 2008, when he was flown to the International Space Station.

Now that we’ve spent a bit of time on the origins of this iconic game franchise, let’s dive into the games!

The series is broken up into three different ages

The epic RPG series breaks the nine main games up into three different ages: The Age of Darkness, the Age of Enlightenment, and the Age of Armageddon.

Ultima 1-3: The Age of Darkness

The Age of Darkness is where everything starts. You play as a man from Earth who has been summoned to the fantasy world of Britannia.

Ultima 1: Summoned to a new world, you have to stop the evil wizard Mondain. But things aren’t as simple as they may seem, as Mondain holds a gem that grants him immortality.

Ultima 2: The second game in the series follows the first game’s storyline. With Mondain out of the picture, you now have to stop a plot that has been drawn up to avenge the wizard’s death from the first game.

Ultima 3: Just when you thought that Mondain was completely out of the picture, a new threat is revealed that ends up being your toughest challenge yet. This game introduced the party system, which helped change RPG games as a whole.

Ultima 4-6: The Age of Enlightenment

In the Age of Enlightenment, you continue your journey, but the “good vs evil” plot is replaced by a focus on something called the Eight Virtues.

Ultima 4: Ultima 4 is a big turning point in the series. Instead of tackling an evil that has descended upon the land, you have been summoned by Lord British to act as a spiritual leader as you master the Eight Virtues.

Ultima 5: Now, as the Avatar, you return to Britannia to solve the mystery of Lord British’s disappearance and put a stop to a new evil that threatens the Eight Virtues.

Ultima 6: A new force has surfaced and you and your companions must fight off invading Gargoyles. Not all is what it seems, however, and this game tackles themes of racism and xenophobia.

Ultima 7-9: The Age of Armageddon

The final leg of the huge series sees the introduction of the Fellowship, a group that seems good on the surface, but players quickly learn that isn’t the case.

Ultima 7 (Part 1 and 2): As the Avatar, you meet the Fellowship. You are tasked with closing an evil gate that could summon an even more evil creature. There’s also an expansion that adds a tie-in story with familiar characters from past titles.

Ultima 8: This game introduces a pretty big twist. Your character has been exiled from Britannia and you have to fight your way back. It also introduces the final bad guy of the series.

Ultima 9: The last game in the series. Ultima 9 features the conquering of Britannia and a big twist that players will have to overcome in order to cleanse the Eight Virtues and restore order.

Spin-offs in the Ultima universe

If you are able to conquer all nine (well, technically, ten!) games in the main series and still can’t get enough of their world, then we have good news. There are a bunch of spin-off games that expand the world and story even more!

Worlds of Ultima: The Savage Empire once again has you controlling the Avatar after being transported to a new world. In this world, you’ll find many tribes that you need to unite in order to defeat the insectoid Myrmidex.

Ultima: Worlds of Adventure 2: Martian Dreams is a follow-up to The Savage Empire. But instead of being transported to an alien world, you’re transported to the Victorian Era…before going to Mars.

Ultima Underworld: The Stygian Abyss tasks players with saving the daughter of an important member of Britannia, but things are never quite that straightforward, are they?

Ultima Underworld II: Labyrinth of Worlds is the second game in this spin-off series. It takes place during the Ultima VII storyline and expands the story even more.

Finally, we wanted to take a moment to talk about Ultima Online. Released back in 1997, it has had eight different expansion packs and lets players live in the world created by Richard Garriott. It featured both PvE and PvP content and introduced new features and mechanics to the series.

Surprisingly, it wasn’t expected to be a huge hit. But it proved many critics wrong, and even today, you can jump into the MMO world based in the Ultima universe.

At its peak, the game had 250,000 subscribers and it ended up winning a bunch of awards. It was the first inductee into the Game Developers Choice Online Awards Hall of Fame. TIME named Ultima Online one of the “100 best video games of all time.”

Where to buy the Ultima series?

If you are ready to sink your teeth into the titular series for the first time, or simply want to revisit this renowned classic, you’re in luck.

You can snag Ultima 1+2+3, Ultima 4+5+6, Ultima 7 Complete Edition, Ultima 8 Gold Edition, and Ultima 9 directly from GOG.COM. Many of these bundles also include extra add-ons, so there’s even more to enjoy.

Once you complete that epic saga of gaming goodness, make sure to check out Ultima Underworld 1+2, as well as The Savage Empire and Martian Dreams!

Good luck out there on your journey to becoming the ultimate Avatar!

Do you like exploring biographies of famous game designers? Check our articles about Michel Ancel and the Wing Commander series.